It had been a fine day in Mordor, a very fine day indeed. Why was it a fine day? Simple: I had just completed my first Online Vendetta Mission and successfully avenged a fellow gamer’s death at the hands of a despicable Orc assassin.

It was a hard-won fight, I’ll admit to that, but the reward was certainly worth it. Not only was I awarded the legendary Vengeance-set including sword, dagger, bow and ring, I also got a war chest! Yeah!

See, up to this point I hadn’t opened any of the chests that had accumulated over time in my little warehouse or whatever the Market is supposed to be if you don’t buy any loot chests.

Imagine my surprise, then, when one of said chests – the one that comes with the Blade of Galadriel-DLC, actually – revealed a veritable army (!) of legendary warriors of levels 50 to 54. Enough to complete my army in Minas Morgul and to finally – FINALLY!!! (Oh my, I tried so long and so hard before!!!!) – unlock the Undying Loyalty -skill and gain the No Orc Lives Forever-achievement which you get for winning all of the pit fights. 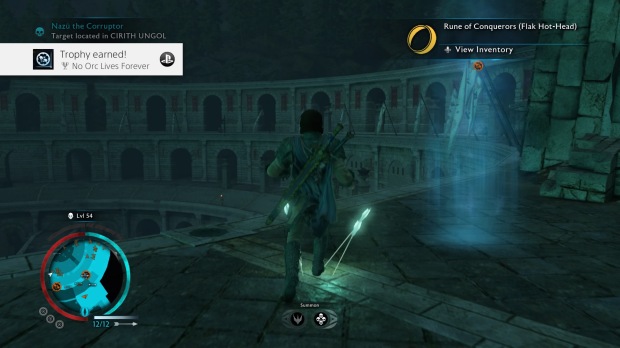 Finally! All those stupid Pit Fights paid off!

All good things come to an end
Now, feeling pretty good and invincible, I decided to hunt down one of the enemy captains in Gorgoroth. Why? Because I had just lost Seregost during the previous Siege, quite unnecessarily at that, simply because I was stupid enough to take the fight to the enemy outside the walls, despite having built myself a literally impenetrable fortress, and therefore needed a nice, easy victory.

The harder they fall, right? 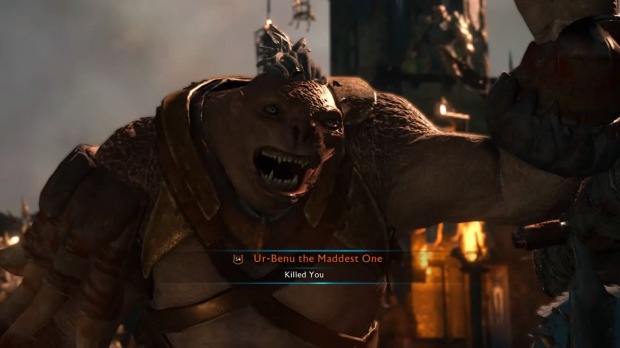 Look who’s gloating: Ur-Benu the Maddest One, oh, excuse me, “The Breaker”…

But it had been a fine day so far, so, when I suddenly found myself in over my head trying to defeat this Olog captain, I grew pretty flustered pretty fast. Never a good thing during a fight against a powerful enemy. Not only did this big, cursed brute kill me, HE ALSO BROKE MY BRAND-NEW SWORD!

Ooookay. That’s a first. And an annoying one at that…

That’s right. He broke the Sword of Vengeance. (That’s a new one, the Broken Sword, right? At least, I have never had that happening to me before…)

So, of course, once I had respawned I immediately selected another blade from my ample arsenal (thank you, war chests!) and set out to get my revenge and take back what was mine.

Since I knew my nemesis was vulnerable to fire, I summoned a drake to aid me. Unfortunately, my guy was hiding in a cave and I failed to lure him out for most of the battle, which was unfortunate. My fire-breathing ally took care of his reinforcements, though, which proved to be a great boon.

Oh, well. When it rains, it pours, right?

That accursed Ambush-thing, right? As if I wasn’t in enough trouble already, another one of the enemy captains ambushed me. Luckily, I managed to deal with him swiftly and – hem, hem – politely persuaded him to stay and fight by my side.

In the end, I got my sword back and another follower on top. So, it turned out to be another fine day after all. 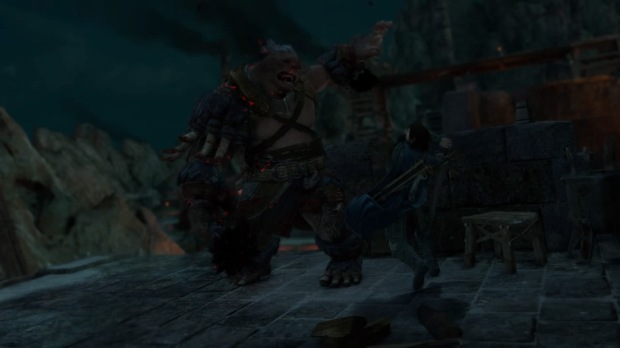 How do you guys like Middle-earth: Shadow of War so far? Let me know!