This year was Whatchaa.com’s most successful so far and that is thanks to the 3.136 people who visited the site, which is seven times (!) the number of visitors of last year. Also, I now have 25 followers in total, the latest of which just joined today. Thank you so much for sticking with me! I really appreciate it!

The most successful post of 2017 was, by the way, the first one for the HITMAN, Patient Zero-campaign, counting over 1.500 hits so far. Looking at the search terms used to get to my blog, finding the Vodka in The Source is apparently extra hard. Although, I admit that I spent some time searching for it myself… 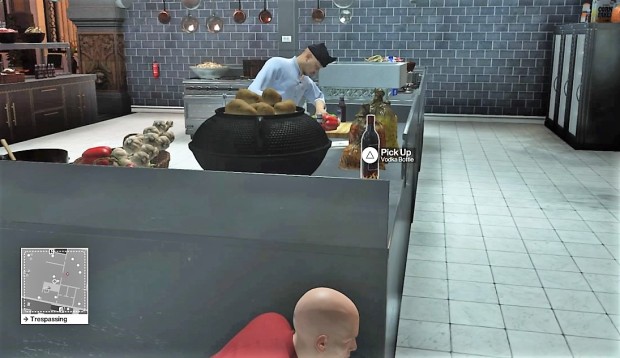 What to expect next year
Maybe some of you noticed that I decided back in October to focus this blog on games and just a little bit of music and to drop the book reviews entirely. Truth be told, although I read a lot of books – I usally devour five to six titles in a row then pause for a couple of months -, let me be honest: There are far too many games to play and review for me to review that number of books too. Speaking of games, there are some games I am already looking forward to: The Last of Us Part II is one, Vampyr another. Then there is also Detroit: Become Human, which seems really interesting. Anyone else got a tip for me? I am open to suggestions.

Also, I have some catching up to do on my PS3-titles, namely Sleeping Dogs, Castlevania: Lords of Shadow and Bioshock. And, apparently, I really need to play Life is Strange.

I’ll be spending the holidays with my family and am very much looking forward to it. And since I already know that I’ll get the Eagle Flight VR by Ubisoft for Christmas, expect my first review in 2018 to be about that one.

Until then, happy holidays and keep on playing!

2 thoughts on “Merry Christmas, everyone!”