The second episode of The Council is out and I played the three chapters (why only three!) as Diplomat, Detective and Occultist. There will be SPOILERS. 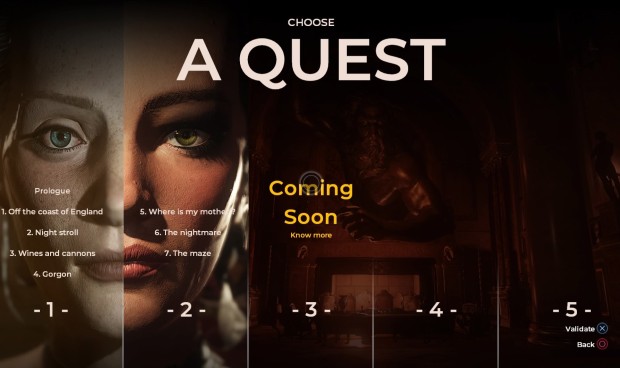 The episode counts three chapters and I played them three times, using all three classes.

Three chapters, three riddles
Depending on how you ended the first episode, Elizabeth Adams will be either dead or have gone missing. If she is dead, you have to try and solve her murder, an investigation which ends either with you pointing out the name of a suspect to Lord Mortimer (I chose von Wöllner on one occasion and Jacques Perú on another) or keep your counsel. If Elizabeth has gone missing, there is no investigation and the first chapter will be over very quickly. Which I found a little disappointing.

Elizabeth Adams was already the tragic figure in the first episode, in the second she will be either dead or have disappeared.

Now, compared to the Confrontation-heavy first episode, I was surprised at how very few Confrontations “Hide and Seek” offers. (I like the Confrontations, though now that I have upgraded my skills, they have become much, much easier.) That was a surprise, as well as the inconsistencies in some interactions, which I found extremely galling, because that’s lazy writing.

(When Louis asks Washington if he has spoken to Elizabeth Adams on the island, the president denies that, but in that same dialogue Louis can also choose to ask if he has given Elizabeth laudanum, which Washington then confirms, so THEY DID SPEAK!).

Also, there were some obvious hints that Louis does not follow up on, like some of the notes found in Emily’s room. This makes him look both stupid and clueless. Of course, I played all three Classes in rapid succession, pretty much one after the other, and sometimes I got a little confused, because I clearly remembered Louis having noticed this or that, then realised that had been in the previous playthrough. Maybe I shouldn’t have rushed through so fast…

I still have no clue what Mortimer is playing at, all I know is that he wants to propose a “project” of sorts and it may involve spears?

While “Hide and Seek” may not be heavy on Confrontations, it offers some insane riddles. There is one per chapter, actually. The first is the riddle in the room where a number of paintings of apostles are being stored. Louis has to find clues hidden by his mother and to do so, he has to crack the code that refers to markings on the paintings as well as certain chapters in the Bible on display. 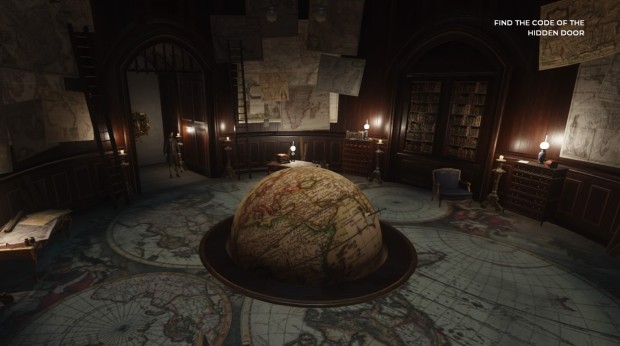 The creepy secret study of Lord Mortimer reveals his immunity to science. It’s also creepy. Did I mention that?

The second riddle has Louis search for the code to open a vault and that was fun to solve, because you have to observe that the Freemason’s year starts in March, so the year is not, in fact, 1190, as indicated by the painting and the book on the third crusade (“12th month of the year 1190”), but 1191. I failed to find the code to open the door again from the other side, though…

At last, the garden! I was really looking forward to roaming that one, now I find it a little disappointing. Who else kept on stumbling into dead-ends in the labyrinth?

The last riddle, then, is identifying the statue that corresponds with the stone sword Louis finds. That one was simple trial and error, but it’s actually the statue of Minos, which is a little hidden, in an alcove set between the statues of Asterion and Theseus. I first thought that I needed to follow the thread, but that makes no sense, does it? Because, of course, it leads to Theseus, as per the legend. 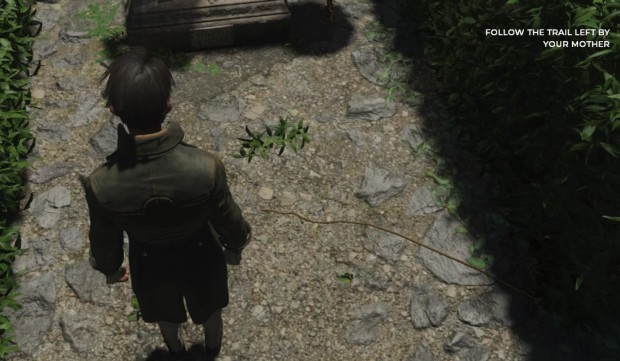 I’m pretty literal-minded. So I thought I had to follow the thread…

Apart from the riddles, there were not many highlights the episode had to offer. At least not for me.

Maybe the revelation that Gregory Holm is way more dangerous than I thought at the beginning, or the nagging suspicion that both Emma and Emily tried to deceive Sarah, which is why she shot Emma.

Oh, hey, it’s Manuel Godoy! But, oh, we do not get to confront him in this episode and all we learn of him we learn through another of Louis’ visions. Which haven’t yet been explained either, by the way.

Also, the world maps in Mortimer’s secret study were pretty grim and intimidating. But overall, I would have wished for more information on the why of Sarah de Richet’s decision to disappear and how it ties in with the Council meeting and the book. It is clear to me, that she found herself among enemies (I think), but Louis does not seem to get even one step closer towards finding out more, which made the episode seem pretty hollow. I mean, Manuel Godoy was introduced at the beginning of the episode and we do not even get the chance to speak with him? Well. Story-wise, I am still not impressed by this game.

There are two choices you have to make in this episode, namely whether or not to tell Emily that Sarah actually shot Emma (I always chose to tell her) and whether or not to eavesdrop on Piaggi and von Wöllner (I made both choices, to no visible effect).

What’s your take on the episode? Did I miss something? Let me know!

Update: The third episode, called Ripples, is out and I have played it, too. of course.

One thought on “The Council, Episode Two: Hide and Seek is heavy on riddles and that ‘s a plus”