Having played HITMAN and HITMAN 2 with great pleasure, I was very excited when the announcement trailer for HITMAN III was revealed on June 11th during the Sony PS5 reveal event, promising more fun in this wonderful world of assassination come January 2021.

But what is HITMAN III about?

“It was always going to end like this”, is the first sentence we hear, uttered, if I am not mistaken, by The Constant, leader of world elite organisation Providence.

The words play over a night-time scene set in a wintery forest, where men in suits (of course) are in pursuit of 47, who silently (what else) takes them out, one by one.
Yet it is the second sentence, that is the truly chilling part of this rather excellent trailer: “And now, you find yourself alone”.

Well, one might argue, Agent 47 usually does work alone, right? But at the same time, the images of Lucas Grey and Diana Burnwood are a ominous reminder that alliances are fragile and noone is safe.

So, what will happen in HITMAN III? Is Diana playing the long game? What are Lucas Grey’s goals? Will they even be alive by the time the end credits roll? Very intriguing indeed. 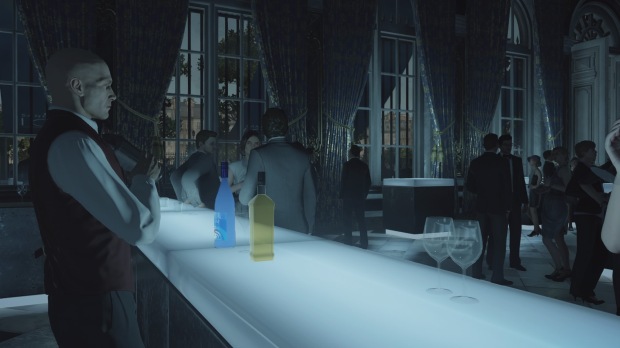 Paris is still my favorite level in HITMAN (2016)

HITMAN – On the trail of the Shadow Client
HITMAN begins with – well – the beginning, which has Diana Burnwood recruit Agent 47 for the organisation known as ICA and become his handler.

Once you have finished the tutorial, eliminating a clever thief aboard his yacht, Agent 47 will be tasked with taking out the ringleaders of an organisation named IAGO, yes, like that guy in Othello, who use a fashion empire as front. The second installment is set in Sapienza, where 47 kills two scientists and destroys a virus.

Meanwhile, the sequences inbetweeen missions hint at something more going on and, indeed, when 47 prevents a coup in Marrakesh, by the time 47 has eliminated two additional targets in Bangkok, it becomes clear that someone is using the ICA to bring down another organisation named Providence. This someone is known as the Shadow Client. Which makes him the next target.

The ICA sends 47 to Colorado to kill three targets, among them, hopefully, the Shadow Client himself. Yet their adversary is far ahead of them and what 47 finds in Colorado, paired with the sequence following that mission, leads to the conclusion that the Shadow Client was part of the program 47 stems from and that they know each other.

HITMAN then ends with a betrayal and and offer by Providence to reveal the backgound of 47’s childhood, in exchange for bringing the Shadow Client down.

HITMAN 2 – An unexpected alliance
When HITMAN 2 starts, Providence has contracted the ICA and therefore 47 to eliminate Alma Reynard, a lieutenant of the Shadow Client’s militia. Once she is out of the picture, the ICA is issued with a blank cheque for hunting down the rest of the militia and the Shadow Client himself, whose actions in taking down Providence assets are causing chaos worldwide.

Further contracts bring 47 across the globe, from Miami to Colombia to Mumbai, before Lucas Grey is identified as being the Shadow Client. But that is only an alias, as 47 learns once he tracks the man to Romania, to the asylum where he was created. Lucas Grey is – like him – an assassin originally bred for Providence, and now things get complicated. At least for me, who was a novice to HITMAN lore at that time and, admittedly, I still am.

Anyway, Lucas Grey, 47 and Diana form an alliance to take down Providence for good. The organisation’s leader is known as The Constant, who controlls Providence alongside the Partners. During the final mission, 47 and Grey abduct The Constant, a man called Arthur Edwards. He reluctantly assists them in identifying the three Partners before managing to escape. Unfortunately, he also reveals a secret that might compromise the relationship between 47 and Diana.

From what I have seen in the HITMAN III – announcement trailer, it may very well be that Diana turns on 47. But what about Lucas Grey? One thing is for certain: This will be one hell of a ride.