Wow, 2017 is almost over and here I am, looking back on the games I played this year and what made them special – or not. Welcome to Whatchaa.com’s Best and Worst of 2017-series.

The first part deals with the best and worst games I have played this year. DLCs don’t count. So, there were SNIPER ELITE III and SNIPER ELITE 4, The Last Guardian, Sniper: Ghost Warrior 3, Assassin’s Creed: The Ezio Collection, Hellblade: Senua’s Sacrifice, Wolfenstein – The New Order, Middle-earth: Shadow of War, Wolfenstein II – The New Collossus, Dishonored: Death of the Outsider, Aragami, HITMAN: Patient Zero and Playstation VR Worlds. And then there were the games I started and did not finish: Mass Effect: Andromeda, Feist, Tom Clancy’s Rainbow Six Siege and Tom Clancy’s Ghost Recon Wildlands. 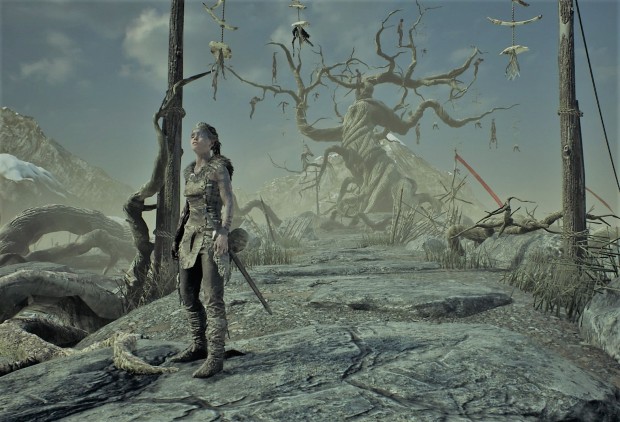 Hellblade: Senua’s Sacrifice was one of my favorites in 2017.

Best games of 2017
So I will restrict this list to the five most memorable games, meaning games that truly surprised me, in whichever way. Dishonored: Death of the Outsider may not be on it, but I am a huge fan of the franchise anyway, so no surprise there. And though I really enjoyed Middle-earth: Shadow of War, it was not that much of a revelation either, since I already knew and loved the predecessor, Middle-earth: Shadow of Mordor.

5. The Last Guardian
This PS4-exclusive was released in December 2016, but I got to play it in early 2017 and was blown away by the sheer beauty of it. You play as a nameless boy who finds himself alone in a maze of temple structures along with a Trico, a giant and utterly adorable monster mix of cat, dog and bird. Only by working together can they ever hope to escape their prison. The story is all about the growing bond between boy and creature and it is perfectly done. Also, the exploration is both playful and tense.

SNIPER ELITE 4 is a fun game when played in coop.

4. SNIPER ELITE 4 (and SNIPER ELITE III)
The SNIPER ELITE-franchise was not my first foray into the world of shooters, but the coop-mode made it the most entertaining so far. There is no story worth mentioning and the protagonist is interchangeable. Yet the maps are beautiful, detailed and tough to beat. Also, the fact that, since starting to play in late April, I have played SNIPER ELITE 4 more or less every night has to mean something, doesn’t it? (Possibly that I spend too much time with my PS4) Here’s to my crew! 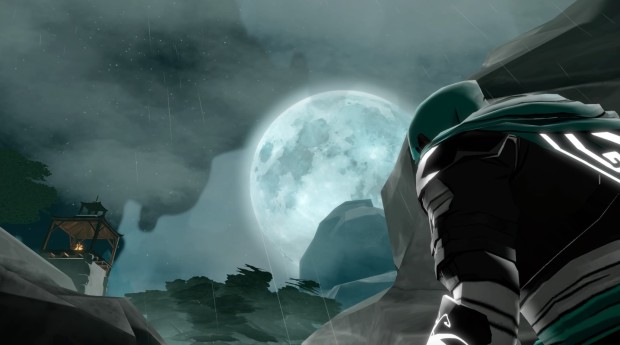 I remember myself thinking : There are no games out there I really want to play right now… And along came Aragami… Which is also great in coop.

2. Aragami
Aragami is a beautiful stealth game with an equally beautiful design and soundtrack. Playing as a ghost fashioned from shadows, who was invoked by a desperate girl to bring justice to a world on the brink of destruction and despair and who is destined to perish with the first light of dawn, the stakes could not be higher. The gameplay is awesome, the stealth unforgiving and the story compelling.

1. Hellblade- Senua’s Sacrifice
One warrior’s gruesome journey into the world of the dead in order to save her dead lover’s soul is a harrowing trip into madness and pain, yet nevertheless one of unexpected beauty and compassion. The sound design is excellent, the combat-system that adapts itself to the player’s skill simply awesome and the world itself beautifully crafted. It is a one-of-a-kind experience that will leave its mark on you. At least it did so for me.

Sniper: Ghost Warrior 3 really tried, but did not quite cut it.

Worst games of 2017
The fact that I did not finish a game does not necessarily mean it is a bad game. Some games simply are fun but not that fascinating, and so this list is restricted to the three most disappointing titles of 2017, regardless of whether I played them right up to the end or not.

3. Sniper: Ghost Warrior 3
So, after having played SNIPER ELITE III and SNIPER ELITE 4 I craved some more sniper games. This one seemed like a good fit. But both the characters and story are so cliché and predictable and the gameplay itself plagued with so many annoying bugs that, even though it was satisfying enough that I actually finished it, this game was still one of the greatest disappointments of 2017.

2. Tom Clancy’s Rainbow Six Siege
Where to start? This game is best played in multiplayer in 4×4 encounters and I am no good at multiplayer to start with. I tried it anyway. After all, I had had some okay and some very good experiences playing Assassin’s Creed Unity, Dragon Age Inquisition, The Division and SNIPER ELITE 4 in coop, so I thought, why not? Yet the few matches I played with other “team-mates” were decidedly unpleasant and the single player missions so bland and boring I quit soon enough. Not worth my money.

1. Mass Effect: Andromeda
Speaking of wasting money. The only space adventures I’ve played so far were Star Wars-adventures, namely Jedi Knight II, Jedi Knight: Mysteries of the Sith and Shadows of the Empire as well as a strategy game the name of which I forgot. That was ages ago and I played those games on my PC. But, ever since I got my PS3 I thought about getting the Mass Effect-trilogy, since I had heard only good things about it. Yet I did not want to invest too much money in PS3-titles either, since a lot of the classics are being remastered for PS4 anyway. Imagine my joy, then, when Mass Effect: Andromeda was announced vor PS4. This would be my first space adventure in ages, right? So I expected a lot of the game. Too much, as it turned out. I quit playing after having sunk 15 hours or so into the clunky, predictable prologue and some instantly forgettable side quests and uninspired dialogues with the supporting cast and haven’t touched the game since…

So, these are my picks. What are yours? Let me know in the comments!

Cheers and play on